There are an estimated 509,000 people living in modern slavery in Turkey (2018). Turkey is a destination and transit country for women, men and children subjected to sex trafficking and forced labour from Central and South Asian, Eastern Europe, Syria, Indonesia and Morocco. Syrians continue to make up the largest number of those trafficked as Turkey hosts a large refugee population that is increasingly vulnerable to trafficking as they seek safety in Europe. Refugees are trafficked both within Turkey and across Europe by smugglers. Refugees and other children engaged in street begging were also reported to work in agriculture, restaurant, textile factories, markets and shops. Moutassem Yazbek is a Syrian refugee who took a smuggler's ship from Turkey to Italy in December 2014. He currently lives in Germany, where he has volunteered to help other recent arrivals from Syria. 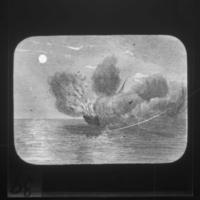 Image of a Ship

Unknown. This image formed part of the Harris Lantern Slide Collection. Under King Leopold II the Congo Free State used mass forced labour to extract rubber from the jungle for the European market. As consumer demand grew King Leopold II's private army - the Force Publique - used violent means to coerce the population into meeting quotas, including murder, mutilation, rape, village burning, starvation and hostage taking. Alice Seeley Harris and her husband Reverend John H. Harris were missionaries in the Congo Free State from the late 1890s. Alice produced a collection of images documenting the horrific abuses of the African rubber labourers. Her photographs are considered to be an important development in the history of humanitarian campaigning. The images were used in a number of publications. The Harrises also used the photographs to develop the Congo Atrocity Lantern Lecture which toured Britain and the the USA raising awareness of the issue of colonial abuses under King Leopold II's regime. Source: Antislavery International. 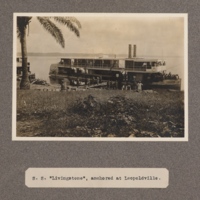 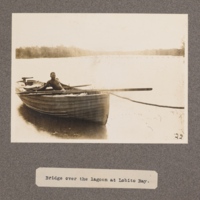 Bridge over the lagoon at Lobito Bay 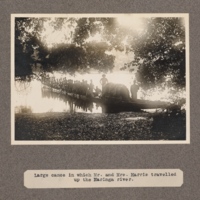 Large canoe in which Mr. and Mrs. Harris travelled up the Maringa River 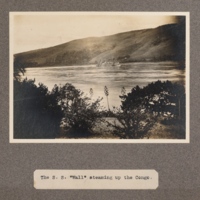 The S. S. Wall steaming up the Congo 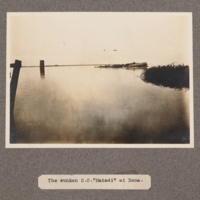 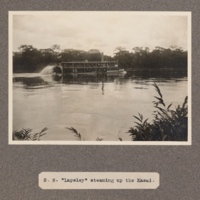 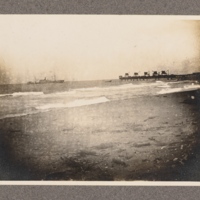 no caption [view of ship on water with oil rigs?] 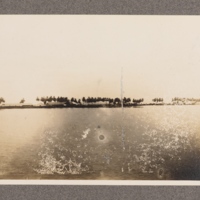 No caption [view of village and landscape taken onboard a boat, similar to image 37] 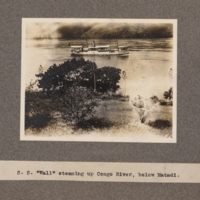 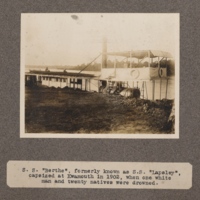 S. S. Berthe, formerly known as S. S. Lapsley, capsized at Kwamouth in 1902, when one white man and twenty natives were drowned 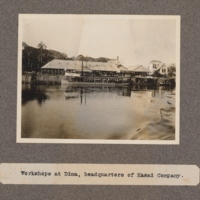 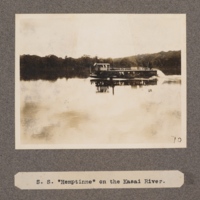 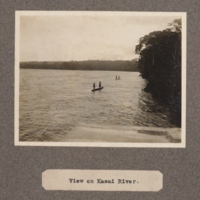 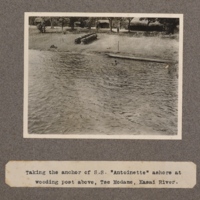 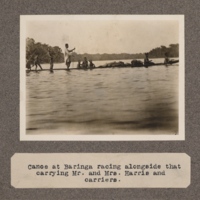 Canoe at Baringa racing alongside that carrying Mr. and Mrs. Harris and carriers 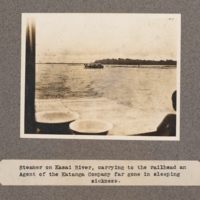 Steamer on Kasai River, carrying to the railhead an agent of the Katanga Company far gone in sleeping sickness 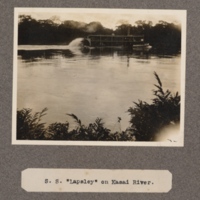 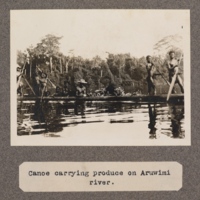