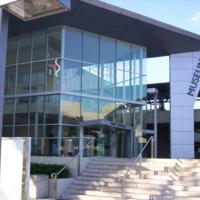 The museum's aim is to connect its visitors to Queensland the place, the people and the region's position in the world through artefacts, interactives and events. There are over one million items in its collections. The permanent exhibitions look at Queensland's ecological and social development.

In 'Histories of Queensland,' the exhibition explores the theme of migration to the area. As well as examining the European migration to the area during the eighteenth and nineteenth centuries, the displays discuss the role of indentured labourers from the South Sea Islands. These people were forcibly transported from their homes to work in Queensland's sugar industry. The display informs visitors about the hardships faced by these individuals and the negative legacies this brutal enslavement inflicted on the South Sea Islands from the nineteenth century until today.