In March 2013 Maung Toe was rescued from a Thai fishing vessel in Katang. Following his rescue he was held in a police station before being moved to a government run shelter in Ranong. After 11 months in the shelter, Maung Toe tells of his frustration at the slow court process and his desire to go home. 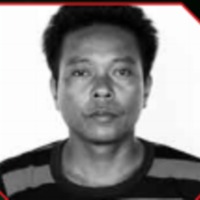 Various people have come since we arrived here. They said they were from different organisations. They asked questions and got some information but never came back again… I don’t think they were interested in our case. I reckon they were probably representing the boat owner or the court – they only asked what they would want to know.

The difficulty is that now the people at the shelter are different from the time when we arrived. They spoke warmly and politely to us at first. Now they don’t want to talk to us at all. We don’t want to stay here anymore. We are waiting for them to send us back to Myanmar. We are not happy to stay here.

Narrative provided by Environmental Justice Foundation in their report ‘Slavery at Sea: The Continued Plight of Trafficked Migrants in Thailand’s Fishing Industry’