In March 2013 Khin Zaw Win was rescued from a Thai fishing vessel in Katang. Following his rescue he was held in a police station before being moved to a government run shelter in Ranong. After 11 months in the shelter, Khin Zaw Win tells of his frustration at the slow court process and his desire to go home. 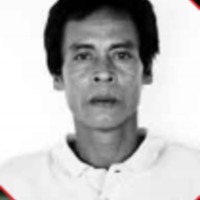 We don’t expect much anymore since both the Thai and Myanmar authorities haven’t come to see us for a very long time. We go to court and come back to the shelter – it’s been like this for almost one year now… We just want to go home as soon as possible.

If we go home by ourselves, they said they are going to arrest us. This is why they recorded our addresses [in Myanmar]… We don’t dare go home on our own but they won’t send us back either. No organisations come to see us. We are in the middle of nowhere.

Once the case was exposed, we thought we would be able to go home. But now we realise it is not as we thought. Over one year later, we feel very disappointed and hopeless.

Narrative provided by Environmental Justice Foundation in their report ‘Slavery at Sea: The Continued Plight of Trafficked Migrants in Thailand’s Fishing Industry’