Sex trafficking remains prevalent in Mexico with the city of Tenancingo, Tlaxcala being dubbed the sex trafficking capital of the world. Women and young girls are often manipulated into 'love relationships' with local men who earn their trust and then trap them into forced prostitution. NGOs have revealed that the commercial sexual exploitation of Mexican girls occurs on a daily basis.

Laura was 17 years old when she was seduced and deceived by a man who prostituted her for over a year. Telling her he was in love her this man persuaded Laura to live with him and after a while sent her to work with other girls at a ‘hotel’, keeping all the money she earned for himself. Laura was eventually rescued by a police operation. 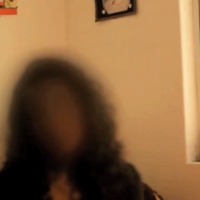 When I met this person who deceived me, I was in the city park. Suddenly I see a guy who stares at me for a while… He approaches and introduces himself, he say “I’m Alex” and started chatting… He asks for my cell phone number I gave it to him and he gave me his.

In his messages he’d say that he was in love with me, that he liked me and I should give him a chance. I tell him to speak with my family so they can give me permission to date him. So he went and spoke with my aunt… he told her he was a responsible guy, her rented apartments in Puebla City and he finally earned my aunt’s trust.

He started to ask me weird questions. He’d ask “Hey, honey, if you worked and earned more money than me, would you leave me?”

Until one day he dared to ask me: “Would you work as a prostitute for me?” And I said “No!”

And he’d say “You’d do really well, you’d earn lots of money. And if you start now, by next year we can get our own house. And if you don’t want to help me, you’re going to have to leave.”

After that situation he sent me here to Mexico DF with one of the girls he’d previously introduced me to. On the bus, she explained how I had to work. What I had to do, how much to charge for the positions. If I stayed and worked at the hotel I’d get a certain amount, or if I went to the alley… It depended on where I was accepted. Because of my age.

And when the first client said: “Let’s go to the room. Let’s go.” I felt really bad. I cried my first tears. I wanted to cry, but I couldn’t at that place. I couldn’t do anything.

Thank God I wasn’t there for long and I was released by an operation. Otherwise, who knows how I would have managed to report him? Because there was always someone next to me taking care of me or watching me when I wasn’t in the alley.

What I would tell the girls that are in this situation now, is that… the man who loves you will respect you and won’t make you work as a prostitute or a sex worker.