In 2000, some of the 220 residents of Sonebarsa, a quarrying village in Uttar Pradesh, India, revolted against their slaveholders. About 40 families lived in Sonebarsa, all of them Kols, an ethnic group near the bottom of India’s steep ladder of caste and discrimination, and all locked into hereditary debt bondage. Children worked from the age of three or four, and infant mortality was high.

Shyamkali was one of the slaves who rebelled. The villagers had begun meeting with organizers from Sankalp, a grassroots NGO that has helped thousands of slaves to free themselves from slavery in the stone quarries of Uttar Pradesh. The narrative focuses on the role of women in the process of self-liberation. Shyamkali explains that “because we are also bread earners…we also have equal role to play in fighting for our freedom.

The slaves called a mass meeting, and were joined by 3,500 people from 60 villages. Slaveholders interrupted the meeting, attacked the villagers, and shot guns into the air. The villagers retaliated by throwing stones and one of the contractors was killed. His friends set fire to Sonebarsa. After the burning of Sonebarsa, Sankalp assisted the 40 refugee families and helped them form micro-credit unions. The villagers pooled their money, and petitioned for a mining lease. But the Allahabad Mining Corporation wouldn’t allow leases and so the villagers moved onto unoccupied land in Uttar Pradesh and began mining it. Authorities protested this in court, but a judge ruled that no unauthorized workwas being done and signed leases. Today the villagers continue to build their community, which they have named Azad Nagar, “the land which is free.” 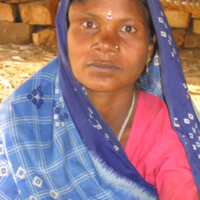 My name is Shyamkali. There’s a whole story from the beginning to the end about what happened to me. I took one loan. My son needed medicine, the roof was falling down, I needed some money. I was illiterate, so the documentation was something I could not read. He probably made it for his own purposes, and because of that loan I became a bonded laborer. Every time I went back to the money lender, the amount of the loan had always increased. The last I heard, my family owed him 10,000 rupees [$200].

My husband would work very hard and so would I. I had to run my household and try to save some money for a bleak day. That’s how I would lead my life. It was extremely hard and there was no freedom at any point. We were made to do two forms of labor. We had to work in the fields and we had to break stones. For all this hard work, we were barely paid, sometimes 300 rupees [$6], sometimes 400 rupees [$9].

The people of Sankalp came and told us that unity is our strength: “If you only unite together, there is nobody who can do anything against you.” They told us that the individual by himself is going to be weak, he’s not going to be able to defend himself against the slave owner, but if we all form an organization, get together and form a group, a self-help group, then we’ll be able to defeat the slave owners.

Today is very different. There’s a huge, huge difference. Earlier on we were slaves, either agricultural slaves working in the fields, or slaves working in the stone quarries. But now we are free. We work if we want to, and not if we don’t want to. And this freedom makes a big difference. I now want my children to study. I want my girl child to study. I want her to be able to read, to write, to do a job somewhere as well as to manage a house. I want her to be able to do both of these things together.

When I ask the children what happened in school they tell me about the day. Recently, she could count from one to ten, and all by herself she came up to me and wrote out the numbers on her slate. I don’t know how to write. I never went to school, so never in my life did I have a chance. My children teach me but they lose patience very fast. They come and write some kind of message and I can only write half, and then it’s enough and we walk away.

Before, when I was a slave, I had no dreams and no ambitions. Later on, when we started forming a committee, there was hope. The hope was shattered when they burned the houses and everyone was refugees. There was again this sadness creeping in. But the unity that we had kept going. I believe in unity. It has become a lifestyle. The next step for all of us is to ensure that the cooperation and coordination, the unity, remain strong. We want to get a government hospital built somewhere close by. We also want to improve the conditions of our school and make it more safe.

Women have a huge role to play. We feel very important because we are also bread earners. Since we earn, we also have equal role to play in fighting for our freedom. Freedom means economic independence as much as it means freedom of movement. 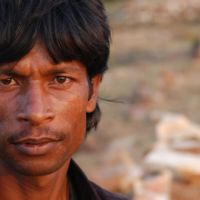 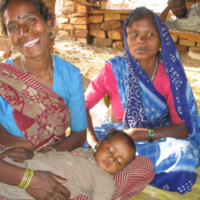