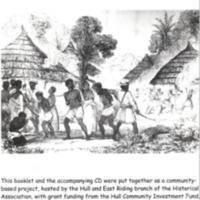 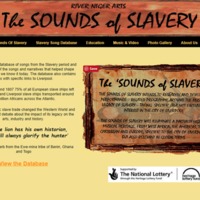 The Sounds of Slavery

The Sounds of Slavery was a project by the performance and visual arts group River Niger Arts to research, record and develop a performance-related programme around the musical heritage and legacy of slavery. The project took particular interest in these themes in relation to the City of Liverpool, but also addressed them in global terms. The project created a database of songs and narratives from the period of slavery. Members of the River Niger Orchestra also performed at a Sounds of Slavery performance at Liverpool Hope University. Some of the songs performed included 'The Chase', 'No More Auction Block' and the African American spiritual 'The Jubilee Song'. The project was accompanied by a series of performance and visual arts education workshops with schools. 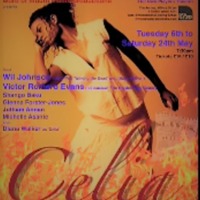 Word of Mouth Media Production, based in Southwark, staged a production of Celia at New Players Theatre in London. The play was directed by Malcolm Frederick and written by Richard Nyeila, inspired by Melton A. McLaurin's biography 'Celia A Slave'. Based in the mid-19th century, the story revolves around Celia, an enslaved woman on trial for murdering her abusive owner. 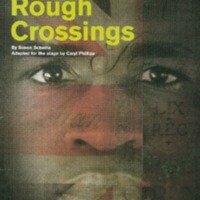 Historian Simon Schama's true story of a plantation slave (Thomas Peters) and a British naval officer (John Clarkson) and their search for freedom at the time of the American War of Independence. Schama's account was adapted for the stage by Caryl Phillips, directed by Rupert Goold and produced by the Headlong Theatre Company. It explores ideas of racial identity, home and freedom, as former slaves who fought for the British army are led across the Atlantic to the newly-created province of Sierra Leone. The play toured West Yorkshire Playhouse, Birmingham Repertory Theatre, Liverpool Everyman and Lyric Hammersmith. 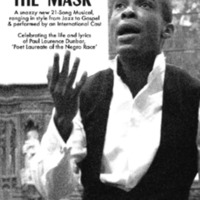 London Shakespeare Workout presented a new 21-song musical, celebrating the life of the African-American poet Paul Laurence Dunbar. Dunbar's parents were freed slaves and he used some of their tales of plantation life in his work. Set backstage in a British theatre in 1897, the play explored themes such as love and loneliness, racial interactions, and the abolition of the slave trade. With an original score by Tim Williams, the play opened in Westcliffe, and toured 26 venues around the UK. Each performance was followed by a ‘talk-back’, allowing audience members to share their views on the issues raised by the production. Special interactive workshops were also created for schools and community groups to bring the concepts of slavery and abolition to life through history and literature. 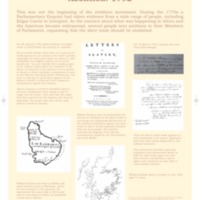 Dumfries and Galloway and the Transatlantic Slave Trade

An exhibition exploring the connections between the Scottish region of Dumfries and Galloway and the transatlantic slave trade toured Dumfries Museum, the Stewartry Museum in Kirkcudbright and Stranraer Museum. At each venue, the exhibition was accompanied by displays of material and a lecture. The catalogue of new research to supplement the exhibition by Frances Wilkins set out to correct misunderstandings about the role of people from the region in the transatlantic slave trade, to prove a history of connections independent of Glasgow or anywhere else. Evidence suggests that men from smaller towns such as Dumfries and Kirkcudbright were involved in the transatlantic slave trade as merchants, slave traders or plantation owners. For example, in the late 18th century, plantation supplies were sent from Kirkcudbright to the island of Grenada; the vessels returned with rum, sugar, and cotton wool. 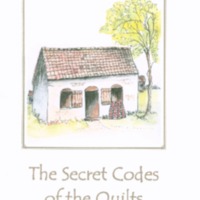 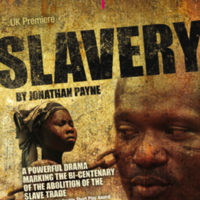 A one-act play by Jonathan Payne, 'Slavery' re-tells the personal stories of enslaved Black Americans, using original recordings of interviews conducted by the United States Government's Federal Writers Project in the 1930s. The play brings together a collection of personal testimonials and spirituals (Christian songs created by African slaves in the United States), to explore the consequences of slavery. Presented in 2007 by the cross-cultural London theatre company Tara Arts and directed by Laura Kriefman, the play toured nationally during Black History Month. An Education Resource Pack was produced and drama workshops for schools were held after the performances to explore the issues raised. 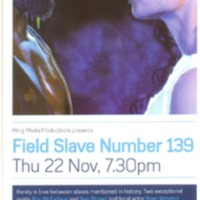 'Field Slave Number 139' was written and produced by Ava Ming, and commissioned by The Drum in Birmingham as part of their Routes to Freedom programme. The play focuses on a love story between a dark-skinned field slave and mulatto house slave on a plantation in America's Deep South. 'Field Slave Number 139' is written mostly in monologues with occasional interaction between the actors: all three were on stage for the duration of the piece. The 2007 production featured two performance poets and a local actor.