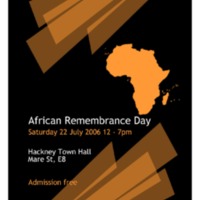 Ligali is a Pan-African human rights organisation that challenges the misrepresentation of African people, culture and history in the British media. It produced various responses to promote the African perspective of the 2007 bicentenary, including their 'Declaration of Protest to the 2007 Commemoration' expressing dissatisfaction with much of the terminology and focus of the 'official' commemorations. Their particular focus was on the ‘Maafa’, derived from the Kiswahili word meaning ‘great disaster’, and referring to the ongoing impact of enslavement and colonialism for African peoples. The publication ‘Addressing Maafa denial and slavery apologists’ was a guide to promoting the truth about the Maafa from an Africentric position.

‘Maafa: Truth 2007’ is a documentary film directed by the Ligali founder, Toyin Agbetu, and produced by Ligali’s then head of media affairs, emma pierre. The film confronts some of the myths about British slavery, featuring contributions from community activists, project workers, teachers and the African British business community. The film was screened at various events, including African Remembrance Day at Hackney Town Hall in 2006. Ligali’s ‘Freedom Fighter’ stamps were designed by Emma Pierre-Joseph as a response to the Royal Mail’s publication of six stamps to mark the bicentenary. ‘The Walk’ is a documentary record of Toyin Agbetu’s protests at the service at Westminster Abbey to mark the bicentenary on 27 March 2007. 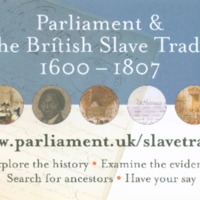 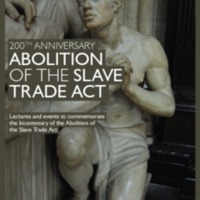 Westminster Abbey organised a series of lectures and events to commemorate the bicentenary. These included the lectures 'Olaudah Equiano, Black Abolitionist' by Professor Vincent Carretta, and 'The Abbey and the Abolition of the Slave Trade' by The Reverend Nicholas Sagovsky, Canon of Westminster. There was also an opportunity for visitors to attend William Wilberforce's memorial. On 27 March 2007 a national service of commemoration was held at the Abbey, and broadcast live on BBC One and BBC Radio Four. The service was attended by HM The Queen, the Prime Minister Tony Blair, other dignitaries and members of community and human rights organisations. Proceedings were disrupted by Toyin Agbetu of the Pan African, human rights based organisation Ligali. He objected to the celebratory tone of the service and its primary focus on William Wilberforce, highlighting the role of African freedom fighters and the absence of an official apology by the monarchy, government and church for Britain's leading role in transatlantic slavery, or Maafa (the Kiswahili term meaning ‘Disaster’, which is used to refer to the exploitation of Africa and its people by Europeans).