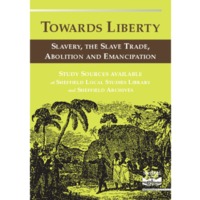 Towards Liberty: Slavery, the Slave Trade, Abolition and Emancipation

This booklet was produced to mark the bicentenary in 2007 and to highlight the material available in Sheffield Local Studies Library and Sheffield Archives for the study of slavery, the slave trade, abolition movements and emancipation. It looks, in particular, at the role of the city of Sheffield and the surrounding areas, and its local residents. Sheffield benefited from the slave system in that goods manufactured in the city's factories were used on the plantations in the West Indies and America. Sugar and coffee produced on the plantations was consumed by residents. There were active anti-slavery groups in Sheffield, including the Ladies Anti-Slavery Society, and petitioning and boycotts were common. Hannah Kilham, a Sheffield Quaker, published a memoir of her experiences in West Africa as a teacher in the 1820s and 1830s. 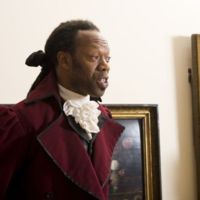 Breaking Chains - Sheffield Civil Rights was a project by Sheffield Galleries and Museum Trust to look at the slave trade and to celebrate Sheffield’s heritage by exploring the role local campaigners played in securing workers' rights. The resources targeted Key Stage 2 pupils. There was a particular focus on the visit to Sheffield by the African abolitionist Olaudah Equiano in 1790. Actor Joe Williams played Equiano in a dramatisation still available to view on the teaching resource. Featured here are some of the downloads available.