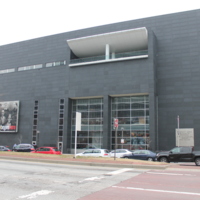 The museum is located in downtown Baltimore close to one of the several locations of former slave pens. The collection 'explores the African American experience and tells the universal story of the struggle for liberty, equality and self-determination.' The main collection is housed on the third floor and is divided into three sections: Building Maryland, Building America; The Strength of the Mind; Things Hold Lines Connect. Building Maryland, Building America has a heavy focus on slavery, explaining the roles of the enslaved in urban and rural environments. Unlike the cotton plantations of the Deep South, Maryland slavery ranged widely: tobacco plantations, shipyards, oyster shucking and iron furnaces to name a few.

Throughout the exhibitions, the interpretive text is supplemented with interactive displays, video and audio presentations and artwork. The overreaching message of the museum is that African Americans have contributed to the US since their initial forced arrival and have worked tirelessly to better their plight; through emancipation, the right to vote, the Civil Rights Movement and into the more recent social movements. The museum does not shy away from presenting the brutal side of slavery and Jim Crow, with slave collars, shackles, reward notices and video in connection to lynching are sensitively displayed.

The ground floor of the museum hosts temporary exhibitions and there is dedicated education space for the many school trips they host during the year. The museum also provides learning resources to assist with the local curriculum, offering lesson plans and outreach sessions in local schools. Throughout the year, the museum hosts a diverse range of events. The museum is open Wednesday through Sunday with a small admission fee. 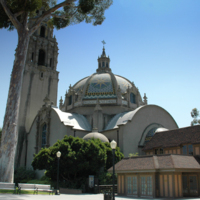 The San Diego Museum of Man is an anthropological museum that originated from the 1915 Panama-California Exposition that celebrated the opening of the Panama Canal. Over the last century, the museum has expanded and developed in its original buildings at San Diego's Balboa Park. It took its present name in 1978. The museum's mission is to inspire human connections by exploring human experiences, around the world and through the ages.

The museum features twelve permanent exhibitions that explore a range of themes linking to human development and cultures. These include 'Ancient Egypt', 'Living with Animals' which explores the human practice of keeping pets, and 'PostSecret' which examines the concept of secrecy throughout societies.

Another permanent exhibition, 'Race: Are we so different?' explores the distinctions of race and the origins of racism in America. A timeline maps instances of racism throughout the nation, and includes focusses on Native American communities, as well as enslaved Africans, Civil Rights and the Jim Crow era. Text interpretation also includes biological facts about race and genetics to address long held historic views about hierarchies of race.

Initially a temporary exhibition, it was so successful with visitors the museum decided to house it permanently. 'Race: Are we so different?' was developed in conjunction with the American Anthropological Association and the Science Museum of Minnesota. The exhibition features heavily in the museum's school programmes in providing a platform to promote discussion of feeling, thinking, acting, and reflecting on race and identity, and to raise awareness and build positive relationships across communities in America today.