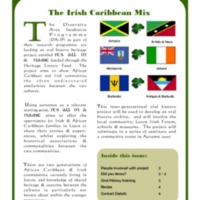 It's All in a Name

It's All in a Name was an oral history project led by the Diversity Arts Incubation Programme in Luton. A collaboration between the local community, Luton Irish Forum and local schools and museums, the project aimed to discover the historical associations, shared customs and heritage between African Caribbean and Irish communities in Luton, using surnames as a starting point (popular surnames shared by both communities include Murray, Nugent or Patrick). The project developed an oral history archive, and culminated in a series of seminars and a community event. 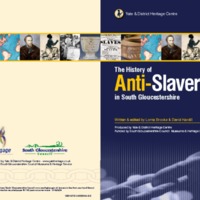 Impact: A history of anti-slavery in South Gloucestershire

This exhibition and booklet were produced as part of South Gloucestershire's Engage 2007 project, in partnership with Yate and District Heritage Centre. Both the exhibition and booklet explored local connections with the history of slavery and anti-slavery in South Gloucestershire. Links identified included the career of Robert Jenkinson of Hawkesbury (later Prime Minister Lord Liverpool), the Caribbean plantations of the Codrington family, the campaign efforts of abolitionist Joseph Sturge and, looking further back in history, St Wulfstan's attempts to abolish the trade in slaves to Ireland in the 11th century. The booklet was written and edited by Lorna Brooks and David Hardill. The exhibition toured the local area, including Thornbury and District Museum, pictured here.