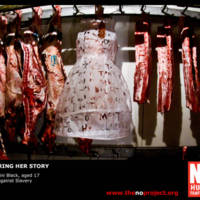 In contrast to the trope that brands individuals’ experiences onto their backs, the No Project released a poster in 2012 titled “Wearing Her Story,” made by the artist Ismini Black. A woman’s dress hangs alongside carcasses in a butcher’s window. There are letters cut out of the dress and the words are impossible to piece together. By replacing a woman’s body with just her dress, the poster refuses to inscribe slavery’s story onto her flesh. She might wear her story like a removable item of clothing, but it is not the last word on her total identity. Instead it remains impossible to grasp and therefore consume, unlike the poster’s chunks of meat. 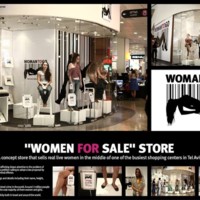 One major trope in 19th-century antislavery visual culture was the auction block, which featured in the Liberator masthead from 1831 to 1865 as a scene with crowds of onlookers. In 21st-century antislavery imagery, the auction block is back. In 2010, the Task Force on Human Trafficking opened an installation called “Woman to Go,” featuring real women sitting or standing on blocks behind glass in a shopping center in Tel Aviv, each with a price tag and barcode. 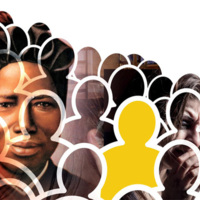 The image promotes the work of the Bakhita Initiative which is the Roman Catholic Church in England's response to the issue of contemporary human trafficking. The key stakeholders of the Bakhita Foundation are the Catholic Bishops' Conference of England and Wales, Caritas Westminster, and the Metropolitan Police. The image depicts Josephine Margaret Bakhita, F.D.C.C., (ca. 1869- 8 February 1947). Josephine was born in Darfur, Sudan. She was kidnapped into slavery as a girl in c.1877. In 1883, in Khartoum, Bakhita was purchased by the Italian Vice Consul Callisto Legnani. Bakhita eventually left Sudan with the family. She was taken in by the Canossian Sisters in Venice and refused to rejoin the Legnani family. On 29 November 1889 an Italian court ruled that Bakhita had never been legally enslaved because Sudan had outlawed slavery before her birth and because slavery was not recognised under Italian law. She became a Canossian sister and lived and worked in Italy for 45 years. She was eventually made a saint and has been adopted as the only patron saint of Sudan. 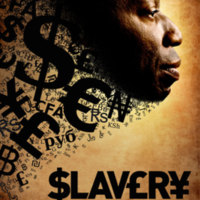 Slavery Not A Thing of the Past

Antislavery International commissioned poster. By foregrounding international currency symbols the image draws attention to the relationship between slavery and capitalism. 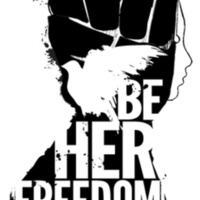 The Be Her Freedom campaign is part pf the A21 movement which comprises of individuals, organizations, government officials, and members of the public who are committed to abolishing injustice in the 21st century. The image replaces the shackled pleading hands of past antislavery campaigns with a clenched fist - a symbol of self-determination and self-liberation. 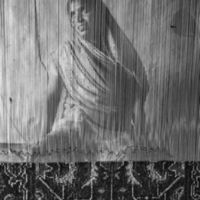 This image depicts 'Jadawati, a weaver, she is working on a 24 feet carpet which will take her nearly 40 days to complete. As a bonded labourer, she is paid 60 rupees a day, a rate nearly half the minimum wages entitled to her as per the law. The carpet that might sell for 25,000 rupees or more will have earned Jadawati less than 2,500.' The composition of the image gestures towards a sense of imprisonment; the woman is visible behind the fabric weave which acts as an intricate prison. As the rug fabric moves towards completion the figure of Jadawati slowly disappears behind the pattern, as the object of consumption obscures the human cost of production. 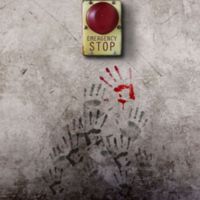 Children Can't Stop It But You Can... Stop Child Labour

Campaign by the United Nations to bring an end to child labour. The hand-prints reaching out gesture towards the absent child and in doing so resists a common trope within humanitarian campaigns - relying on images of the suffering child to evoke sympathy.